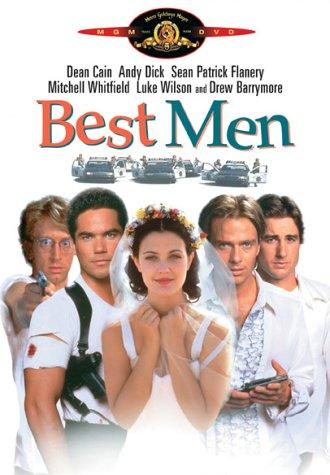 Some films allow you to see how they were conceived. This one you can see the splices: `Deer Hunter,' `Dog Day,' `Speed,' `Butch Cassady.' Each is rolled out in turn to remind us of some fond image instead of delivering one to us directly.

I'm beginning to feel that it is now impossible to make a passable film with either a bus chase or a pickup by a helicopter from a moving vehicle. This has both. Drew Barrymore from her Green period. Early Luke Wilson.

Ted's Evaluation -- 1 of 4: You can find something better to do with this part of your life. At heart, Best Men is a modest picture that harks back in many ways to U.S. movies of the late
Tweet